Developments in underground engineering - as well as in the rest of civil engineering - have resulted in as much use as possible being made of the rock's co-bearing capacity. This is achieved through the composite action of the rock and the actual structure.

Rock behaviour depends on a number of poorly quantifiable factors, particularly due to their complex interaction. Stability verifications and structure behaviour forecasts based on calculations or model tests need to be viewed, therefore, with all due caution.

The deformations and shifts of stress, which arise as a rock's response to the excava­tion of a cavity and the delayed installation of supports, cannot be determined with satisfactory accuracy using traditional statics and strength theory. Stability verifications need to be supplemented and counter-checked, therefore, with measurements.

In modern tunnelling and cavern engineering, the aim is to make as much use as pos­sible of the rock's co-bearing properties. To do so, rock deformations need to be con­trolled in such a way as to mobilise a protective sheath on the one hand while accepting a weakening of the rock on the other hand. The better this succeeds, the higher will be stability and efficiency. This aim is most likely to be achieved if foundation measure­ments and structure measurements are an integral part of the construction method used (see: L. Müller and E. Fecker, Fundamental Ideas and Principles of the "New Austrian Tunnelling Method"). Deformation, stress, displacement and force measurements per­form the following functions:

In addition to performing the above functions, which have a direct bearing on the planned gallery, tunnel or cavern structure, it is necessary to monitor existing buildings and installations when executing flat underground structures in developed areas.

Measurements taken in so-called main measuring sections are needed to provide information about rock and sheeting behaviour in conjunction with different rock condi­tions, construction methods and construction operations in order to assess

The following figure is an example of a main measuring section for a double-wall trans­port tunnel to be constructed in accordance with the New Austrian Tunnelling Method. The scheduled measurements are:

Fig. 1        Main measuring section for a transport tunnel (measurements during the con­struction period; convergence and levelling measurements in the tunnel are not shown)

The measurements taken in the standard measuring sections of a tunnel project are intended to enable the construction operations and support work to be adapted to the particular conditions and the degree of stability to be assessed.

Measurements in standard measuring sections should be quick and easy to take, and they must provide information concerning the stability of the driven cavity. From the measurement results it must be possible to identify the time-related trend in the redistri­bution of stresses and to detect whether and when stabilisation of the excavated and supported cavity is achieved.

Convergence and levelling measurements have proven to be suitable for assessing the stress conditions of the sheeting and - by comparison with the measurement results from the main measuring sections - of the surrounding rock. 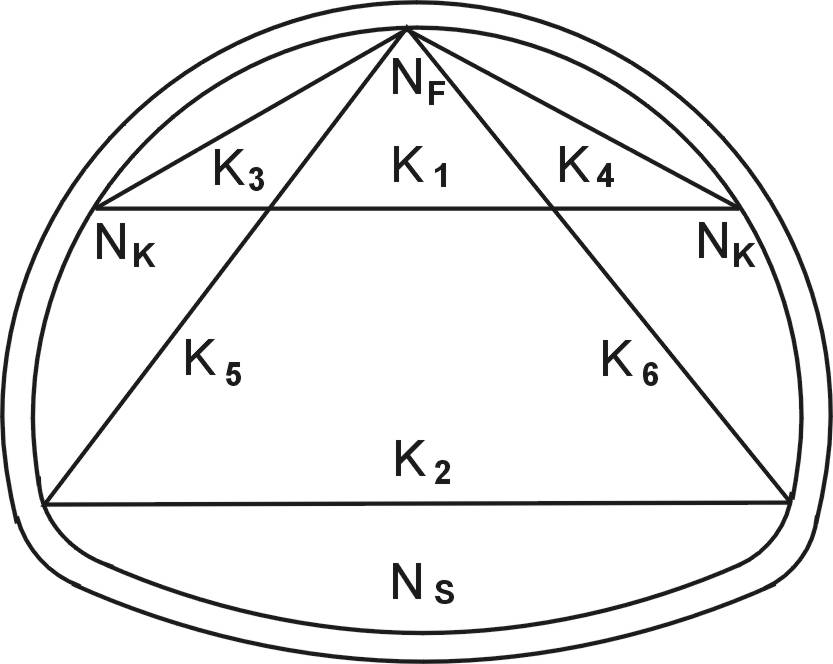 Fig. 2        Standard measuring section for a tunnel with calotte heading

For biddings of geotechnical measurements we recommend the following points:

The validity of measurements depends mainly on the careful installation of the instru­ments which are partly very expensive. Hence this should be left to specialised firms. The installation must be controlled by the buyer; it has to be documented by the aid of photos and drafts. Especially the overbreaks, the thickness of the sheeting and the geological situation must be recorded graphically.

The measurements should be executed and evaluated from the geotechnical consultant of the buyer resp. from his representative, because he is directly involved in the con­struction works and thus will be able to reduce disruptions to a minimum.

The buyer, his expert and he who performs the commission should interpret the results together. Only from a quick evaluation and entry of the results in diagrams you can draw conclusions to the construction operation and to the stability, from which the efficiency of the structure will profit.

According to the execution of the particular measuring types we can say the following:

Levellings and convergence measurements can be executed quickly and at reasonable prices. We recommend not to have too high demands regarding the precision of these two measuring types, but to install a large number of measuring sections. By the aid of these sections you can permanently control if the selected support measures are suffi­cient and if the heading velocity is well chosen. An increase of the velocity often leads to a reduction of the displacements.

In tunnelling close to the surface divergences have often been measured. This means, that you must dissociate from the idea of an arching around a tunnel near to surface. In deeper zones the divergences predominate. Furthermore the convergence measure­ments show that immediately after the foundation has been concreted the displace­ments in the support are finished - provided it was well constructed.

If within a few days after the excavation the roof’s settlements exceed a value of about 1/300 of the width of the calotte foundation, additional support systems like re-anchor­age are necessary to fade away the settlements.

Inclinometer measurements in conjunction with tunnelling projects as shown in Fig. 1 are only suitable when large displacements - at least 20 mm - are expected. In case of smaller displacements the errors in measurement often conceal the reality.

As a rule the measured stresses are smaller than the values supposed by static calcu­lation. From this you can gather that in general the system rock/support has enough safety reserves.

Especially from the stress measurements you can see that some favourable factors as working method, heading velocity, etc. cannot be calculated. A comparison with the time-related convergence value shows that the stress changes are not finished even a long time after having passed the measuring section, while the displacements are or should be finished after the foundation has been concreted.

The complete description of geotechnical measurements in tunneling can also be downloaded here as a pdf. 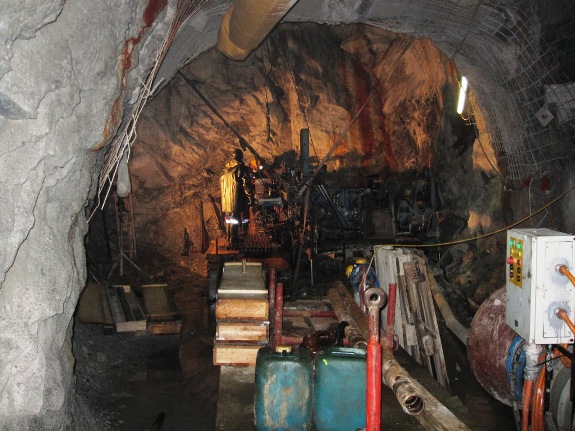